To choose the best American history essay topic, you need to research thoroughly, be concise, and interesting. This is to mean that your topic will be specific, with a fair amount of area, and at the same time, be arousing enough to keep your audience glued.

American history is long and complex. To fully understand it, however, we will have to divide it into the periods that changed, divided, and unified the United States into the nation we see today. By doing this we get to see some key highlightable moments that stand out above the rest. In this article, you are going to be informed of the top 80 history essay topics.

I suppose you are a student or a researcher, looking for a topic to write about from American history, what if I told you, not only will you get information on the best topics to write about in your history essay, but also you will gain access to our team of top researchers and writers who can do the writing for you?

How to Write a Good History Essay

As stated in the introductory overview, narrow topics rule in the discipline of history. The range your topic covers should be broad enough to include a meaningful subject and reflect on a significant matter, while at the same time small enough to avoid being lost in the vagueness. To address all that in a single sentence, choosing the appropriate topic for your history essay is the first step towards a good history essay.

Remember, in your choice for a history topic, focus on areas where you are absolutely certain that you will maintain an objective mind throughout your essay. Emotionally charged topics tend to bring out a subjective writer who aims at gathering facts together to push an opinion towards a historical event.

On the contrary, it would be a brave move to write a historical essay on an event that personally impacts you. If at all you trust yourself to hold on to the morality of unbiasedness, then a personally intriguing topic could push you to carry out a more informed and crafty historical essay.

American history is one that has brought out this side of research. A nation born from multiethnic interactions and years of strife and struggle. An American history essay is bound to harbor very many controversial topics. Some of these topics include the issue of racism and institutional segregation, the issue of the second amendment of the constitution, the matter of equal civil rights devoid of bias based on gender, sexual orientation, and skin color, and lately, the matter of socialism.

Following these tips, there are some key points that as a history essay writer you should pay attention to. Below are steps that if followed to the latter would enable a writer to prepare for a good history essay either on American history or any other history whatsoever:

Choosing a top historical essay topic is one thing but understanding it is equally important. Some students will pick a topic and jump directly into research. It is advisable to devote an ample amount of time to read, annotate, and understand the challenge your topic poses. After understanding your point of concentration, then you can move ahead and address the topic’s main issue in your history essay.

In an essay writing plan, you are supposed to check for the things you can answer about this history topic without doing any additional research. Are there any issues, people, or events related to this topic? What additional issues or questions flow from this question? Are there any key figures or historians relevant to this topic? This plan allows you to easily execute your essay.

This phase makes up the core of your content. Identify key terms and familiarize them with yourself. Locate all the information you can on this topic and arrange it in order of need. Note that some of the information you find might end up being unused. This should never be an issue.

All good history essays have a distinct and strong point of argument. This is your major idea, your focal point which not only answers the question your topic poses but also speaks your mind in brief words regarding the topic.

The essay structure marks the final phase of preparing for your essay. A history essay has three main parts. The introduction, the body paragraphs, and the conclusion. When structuring your essay, you determine how your paragraphs shall be harmonized in order to develop a logical progression.

After the preparation phase, it is time to delve into the actual writing. There are three phases in a historical essay, the introduction, the body paragraphs, and the conclusion. When writing, adhere to the following tips to a good history essay:

The introduction is the first appeal to the reader. It also serves as the section of contention, and further direction. To captivate your reader into reading further, you should take the introduction with a significant amount of gravitas. In this section be articulate, precise, and present a little context. Confidence is key to delivering a punchy introduction.

The body paragraphs occupy the largest percentage of your essay. To develop complete paragraphs you are required to focus on a single topic in each paragraph. Treat that paragraph as an essay by itself. Go ahead and fully expound on the subject issue. Use an opening sentence, discuss the issue, and close with another sentence.

Finally, your closing remarks. To achieve a good conclusion paragraph, you first need to know its purpose. A perfect conclusion paragraph should first restate your history essay’s contention, then polish up an ending that summarizes your main points without bringing in new information.

The list below contains the top 80 essay topics about American history that you can choose from:

Hey! Some problems with essay writing? 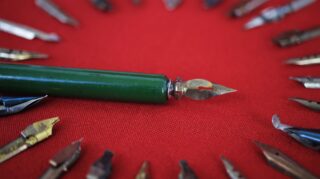 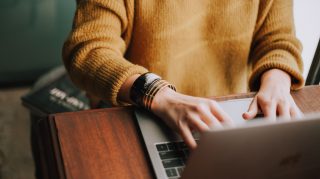 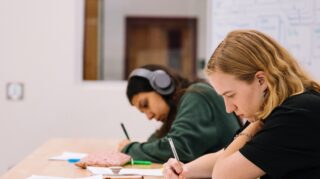